What the media is saying 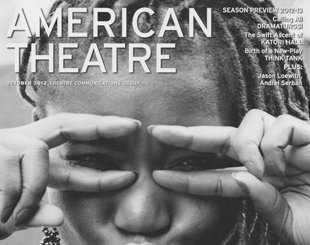 “Life Theatre’s way of engaging the audience by enacting situations with professional actors enhances the comprehension and retention of the information in a way that online training or other rote training methods simply cannot do.” 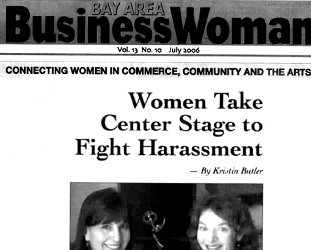 “Welcome to Life Theatre Services, a reality-based theater company that offers corporations and organizations an interactive way to educate their employees about sexual harassment and other social and business concerns. Part entertainment and part drama therapy, this woman-owned” 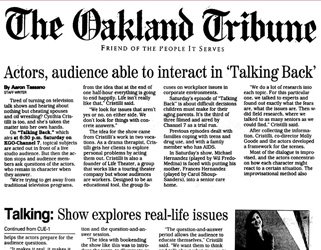 “Tired of turning on television talk shows and hearing about nothing but cheating spouses and oil wrestling? Cynthia Cristilli is too, and she’s taken the matter into her own hands. On “Talking Back” which airs at 6:30 p.m. Saturday on KGO-Channel 7, topical subjects are acted out in front of a live studio audience. But then the action stops and audience members ask questions of the actors, who remain in character when they answer.”

“Life Theatre teaches sensitivity and compassion, not fear. Its tools are dramatic improvisations that tug at the heart, rather than boring flip charts, videos or textbooks that dull the mind.” 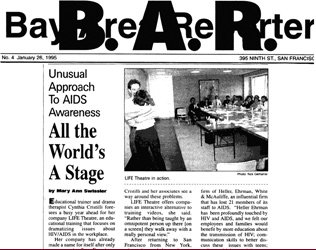 “Life Theatre offers companies an interactive alternative to training videos. Rather than being taught by an omnipotent person, audiences walk away with a very personal view.”